Polymerization of propylene synthesizes the polypropylene. 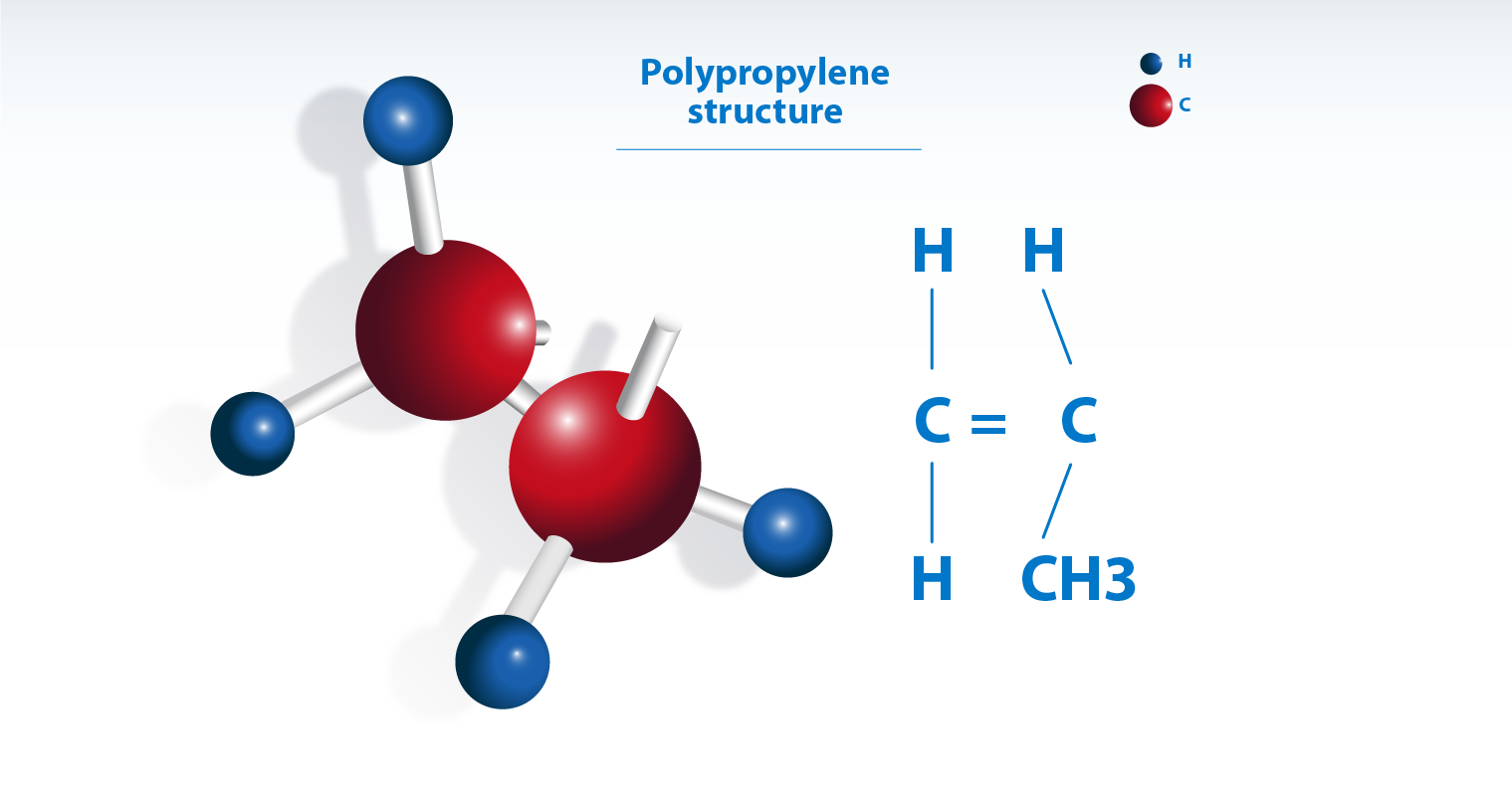 The stereoregular structure facilitates the development of crystalline segments. Depending on the precessing conditions, crystallinity of 50 to 70 % is obtained in molded parts. The molecular chains are seldom fully integrated to the crystalline segments since they contain non-isotactic parts and, therefore, they are uncapable of crystallizing. Thus, the term “partly” crystalline is used for those chains. While amorphous disorganized segments retain great mobility, the crystalline structure produces high resistance and rigidity from secondary forces. The isotactic polypropylene is then a thermoplastic material that presents relatively high rigidity and resilience, even over the transition temperature of second order.

The nature of our Polypropylenes

Polypropylene is part of a greater group of materials known as polymers. A polymer is a great molecule composed of many simple chemical units generally called structural units or monomers.

Polypropylene is one of the most versatile thermoplastic polymers in the market. It undertakes two roles: as plastic and as fiber. Moreover, it is included in the group of polymers considered commodities due to its high level of consumption and its low price.

In the case of Cuyolen, each structural unit is linked to the other two. The result is a linear polymer: 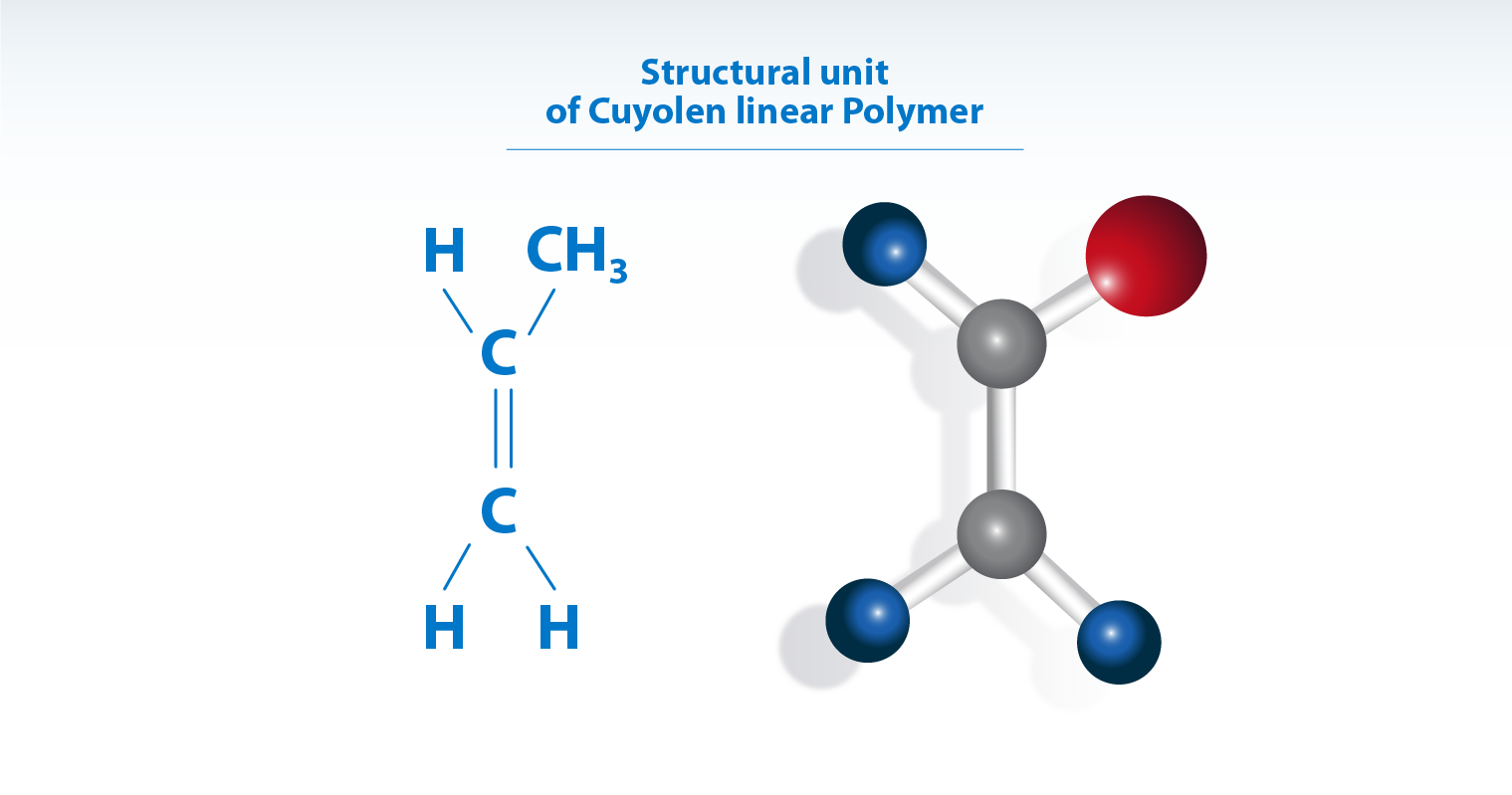 The estructural unit of the polypropylene is asymmetrical. Its chains may form three basic structures according to the corresponding position of the methyl group and the hydrogen atom: isotactic, syndiotactic and atactic as shown in the following image. 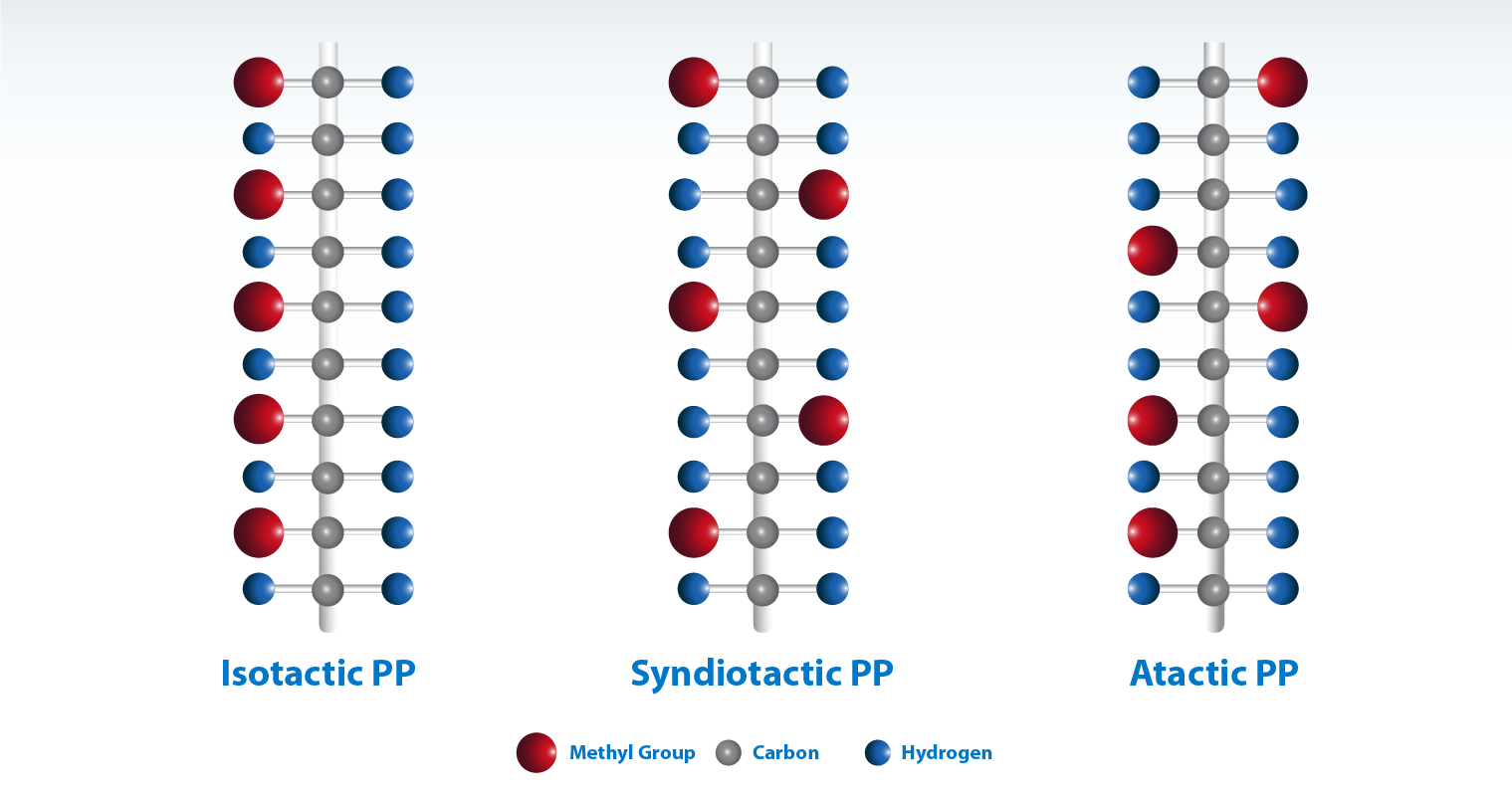 The isotactic structure prevails in our Cuyolen and Cuyotec products. The proportion of atactics ranges from 1% to 5% of the material. The reason for that predominance rests on its production process (Novolen) from which an ample spectrum of products (Homopolymers, block Copolymers, random Copolymers and Terpolymers) are obtained. Said products allow for a combination of properties that make them appropiate for many and various applications.

They are compossed by polymeric chains that have the same chemical composition (formed only by propylene molecules). Since the propylene molecule is asymmetrical, its incorporation and later arrangement in the chain may generate three types of basic structures, according to the corresponding position of the methyl groups (CH3) and the hydrogen atoms (H): isotactic, atactic and syndiotactic.
The isotactic structure prevails in Cuyolen and Cuyotec homopolymers, generating high degree average crystallinity which results in high rigidity. 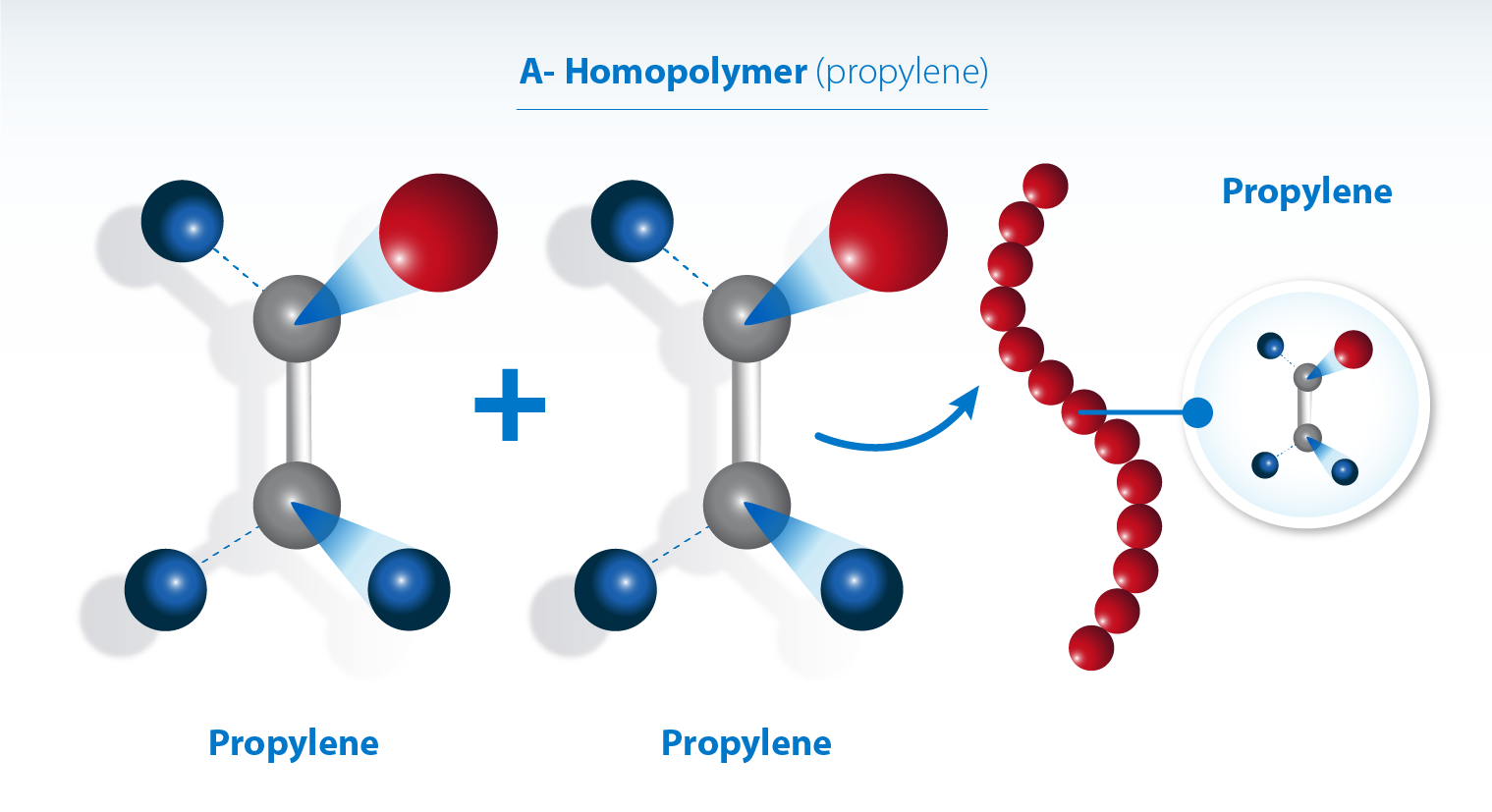 The polymer chain has different chemical composition. It is formed by polypropylene segments joined by comonomer molecules (ethylene) which are placed randomly thoughout the chain. Thus, material crystallinity is reduced, which causes high transparency and a lower melting point. 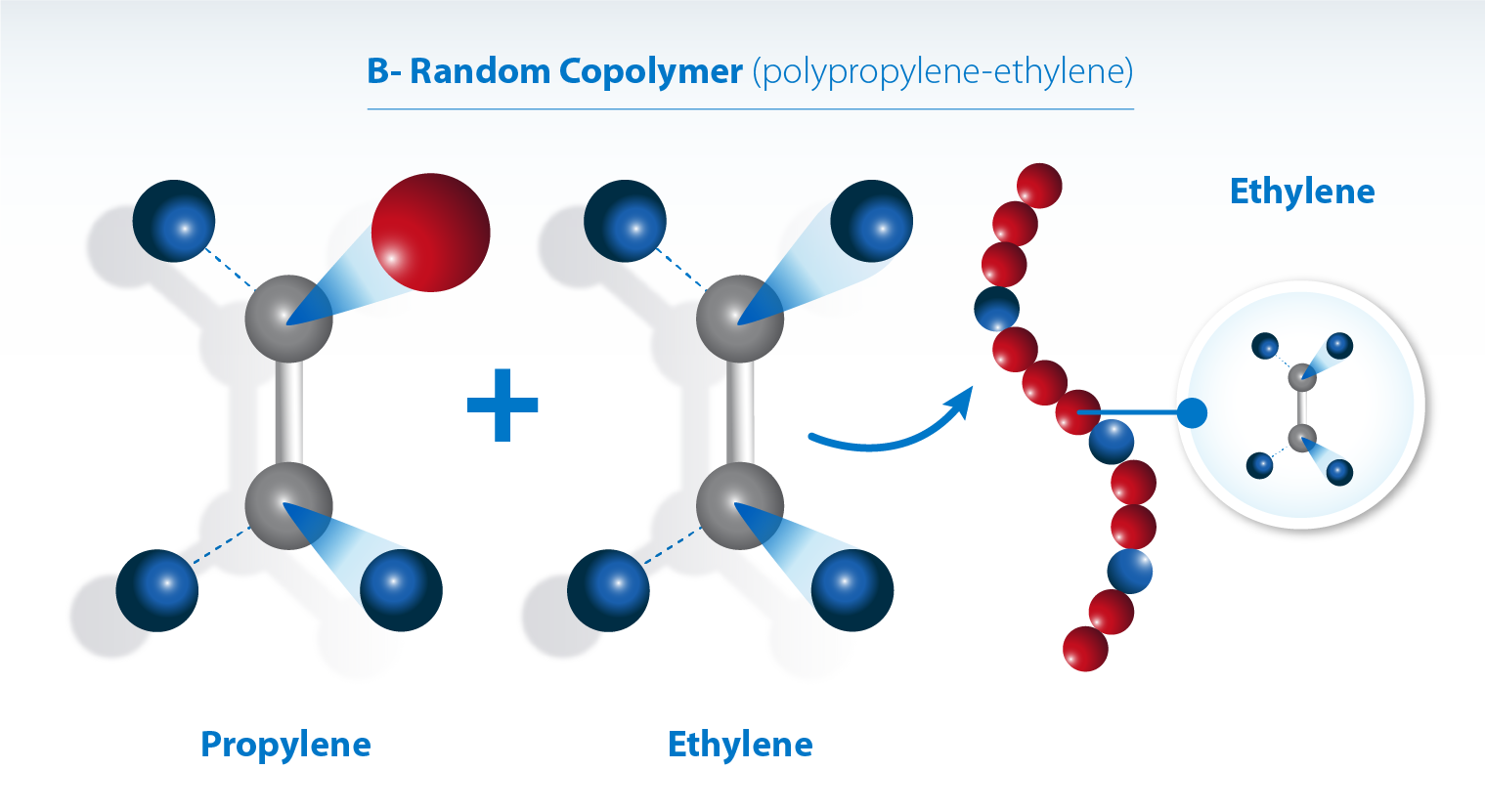 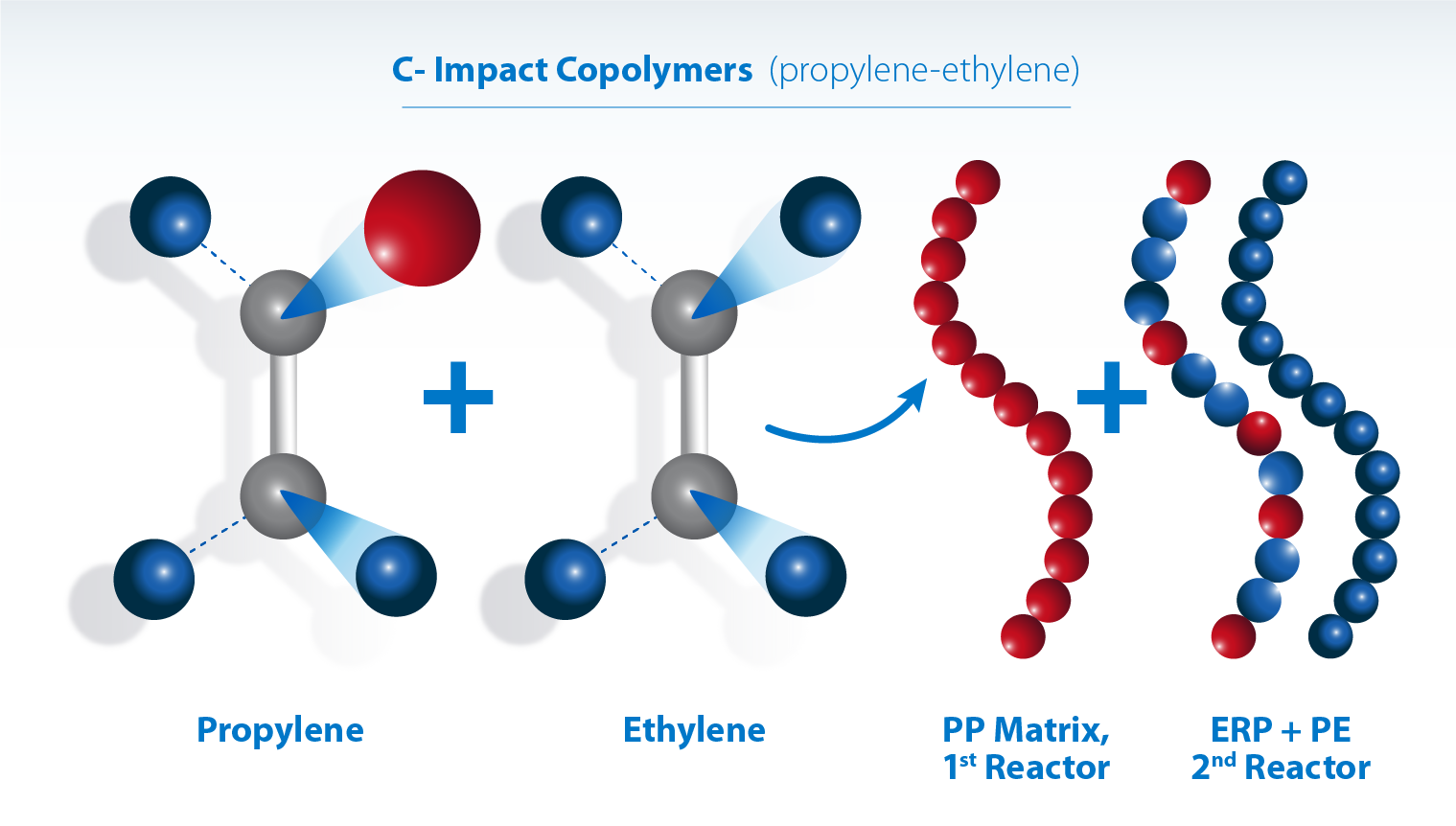 In this type of materials, as in block and random copolymers, the polymeric chain has different chemical composition. It is composed by propylene segments joined by molecules of any of the comonomers (ethylene and 1 butane) that take part in the thermopolymerization and which are placed randomly thoughout the chain. Thus, the material crystallinity degree is reduced due to the incorporation of comonomers into the polymeric chains so as to significantly improve sealing properties. 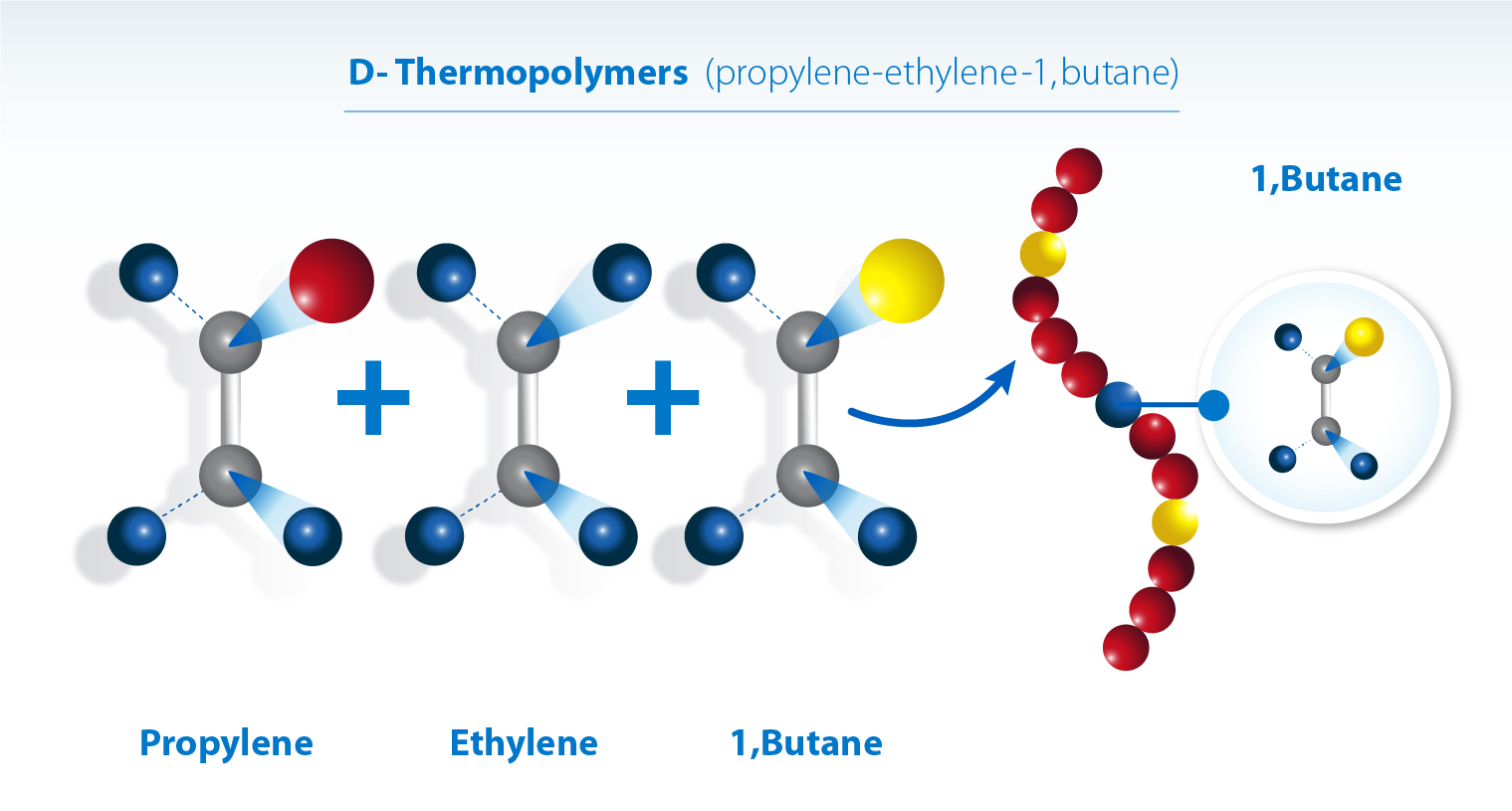